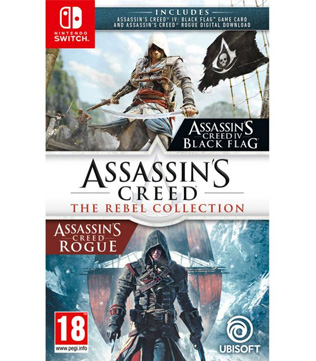 Experience the award-winning Assassin’s Creed franchise anywhere and anytime. Assassin’s Creed®: The Rebel Collection offers two action-packed games and all past single-player DLC. Become the most feared pirate in the Caribbean in Assassin’s Creed® IV Black Flag® and transform into the ultimate assassin hunter in Assassin’s Creed® Rogue.
About Assassin’s Creed IV Black Flag:
Sail into the Golden Age of Piracy, when pirates established their own lawless republic. Become Edward Kenway, the most feared pirate captain in the Caribbean, who is drawn to the ancient war between the Assassins and Templars. Play a role in world-famous battles. Earn the respect of legends like Blackbeard. Discover the hidden treasures of countless remote islands, where corruption, greed, and cruelty are commonplace.
About Assassin’s Creed Rogue:
Amid the chaos of the French and Indian War, one man’s slow descent into darkness forever shapes the future of the American colonies. Play as Shay Patrick Cormac and transform from a loyal member of the Assassin Brotherhood into the ultimate assassin hunter. Go on a perilous journey through America and the icy cold waters of the Atlantic, taking the perspective of a Templar for the first time in franchise history.
This exclusive compilation includes enhanced features for the Nintendo Switch system, such as Handheld Mode, HD Rumble, Touch Screen Interface, Optimized HUD, and Motion Control Aiming.
Assassin’s Creed: The Rebel Collection includes Assassin’s Creed IV Black Flag with all its single-player DLCs and Assassin’s Creed Rogue.
Assassin’s Creed IV Black Flag:
BECOME THE MOST FEARED PIRATE IN THE CARIBBEAN – Become Edward Kenway, a charismatic yet brutal pirate captain trained by Assassins. Stand among legendary names such as Blackbeard and Calico Jack as you relive the explosive events that defined the Golden Age of Piracy.
AN AWARD-WINNING NAVAL EXPERIENCE – Command your ship, the Jackdaw, and strike fear in all who see her. Plunder and pillage to upgrade the Jackdaw with ammunition and equipment needed to fight off enemy ships. Attack and seamlessly board massive galleons, recruit sailors to join your crew, and embark on an epic and infamous adventure.
AN OPEN WORLD FILLED WITH OPPORTUNITIES – From Kingston to Nassau, explore over 75 unique locations where you can live the life of a pirate. Hunt rare animals in untamed jungles, assassinate Templars in blossoming cities, escape to hidden coves, and search for treasure among lost ruins and underwater shipwrecks.
Assassin’s Creed Rogue:
BECOME THE ULTIMATE ASSASSIN HUNTER – Experience the Assassin’s Creed universe from the perspective of a Templar for the first time. Play as Shay Patrick Cormac, who has the deadly skills of a Master Assassin and possesses never-before-seen skills and weapons.
SLOWLY DESCEND INTO DARKNESS – Witness Shay’s transformation from an adventurous Assassin to a grim and committed Templar hunting down his former brothers. Constantly assess your surrounding and be ready to detect and defend yourself from Assassins hiding in the shadows with your deadly air rifle.
CAST OFF INTO THE ICY SEAS – Discover a fully recreated 18th-century New York City before fighting your way through the North Atlantic and the narrow waters of America’s river valleys on your ship. Assassin’s Creed Rogue builds on the award-winning naval experience from Assassin’s Creed IV Black Flag with all-new gameplay, weapons, and enemy tactics.
Enhanced Features for the Nintendo Switch system: 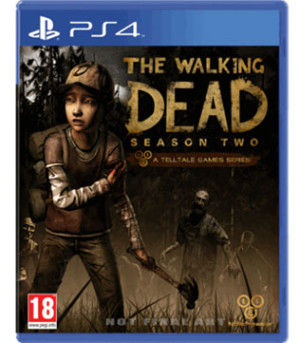 The Walking Dead: Season Two continues the story of Clementine, a young girl orphaned by the undead apocalypse. Left to fend for herself, she has been forced to learn how to survive in a world gone mad. Many months have … Continued 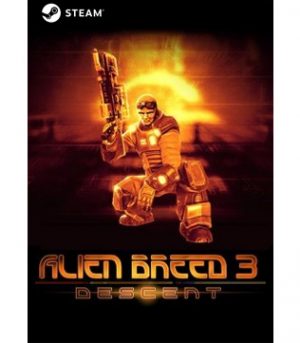 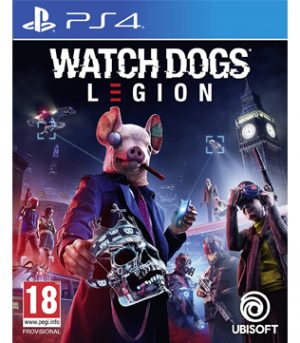 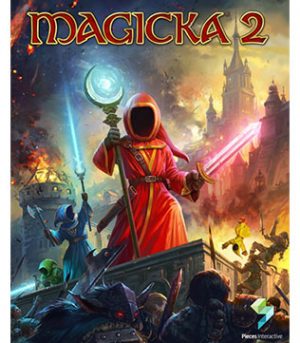 Magicka 2 The world’s most irreverent co-op action adventure returns! In the next chapter of Magicka, players ascend from the ruins of Aldrheim to experience a Midgård almost wiped free of Wizards after the Wizard Wars, with the few that … Continued